Netflix: What's Coming Out in August 2021

Is Netflix n’ Chilling part of your plans these coming weeks? It’s certainly part of ours, and with good reason. There’s so much fresh, well-produced content to look forward to (as tempted as many are to rewatch The Queen’s Gambit and petition for a second act) that honestly, it’s quite hard to imagine a world without Netflix anymore.

Here's what we'll be watching on our Sentrym L1 projector on Netflix next month when we're out and about. Have your calendars ready, because it's going to be a good one!

This August on Netflix

This would be one of the most anticipated thrillers Netflix has lined up this summer. Directed by Ferdinando Cito Filomarino, an American couple in Greece find their vacation quickly turning into their worst nightmare when Beckett (John David Washington) becomes the target of a manhunt following a tragic accident.

Faced with no other choice, Beckett tirelessly runs for his life, desperately making his way across the country so he can reach the U.S. embassy and get his name cleared. In the movie, tensions rise as political unrest mounts and authorities close in on Beckett. Eventually, he gets more caught up and falls deeper into a web of conspiracy at the hands of dangerous perpetrators. This one’s a popcorn choice, no doubt.

This upcoming dramatic comedy series is the brainchild of Amanda Peet and Game of Thrones creators David Benioff and Dan Weiss. It stars Grey’s Anatomy actress Sandra Oh, who also works as executive producer on the show.

While not much has been given away about this series, we know that Oh’s character Ji-Yoon has been appointed the Chair of the English department at Pembroke University. Naturally, this comes with a fair share of challenges as not only is she the first woman given that role, but she has to navigate it as an Asian woman – and as one of the few staff members of color at a very prestigious school. That being said, it is a dramedy, so we’ll be in for some laughs as the show progresses.

With the first season becoming an instant hit, “Control Z” returns with more drama that’s surely going to make an impact. For those not familiar, this is a Spanish-language series based in Mexico, and it mainly takes place in a high school.

Throughout the show, an unidentified hacker starts to release secrets of everyone in the community, which causes students to turn against one another. Sofía is one of the leading characters working to uncover the hacker’s identity, and as Season 1 ends with all the secrets getting out, you’d expect a heightened level of drama and conflict in Season 2. 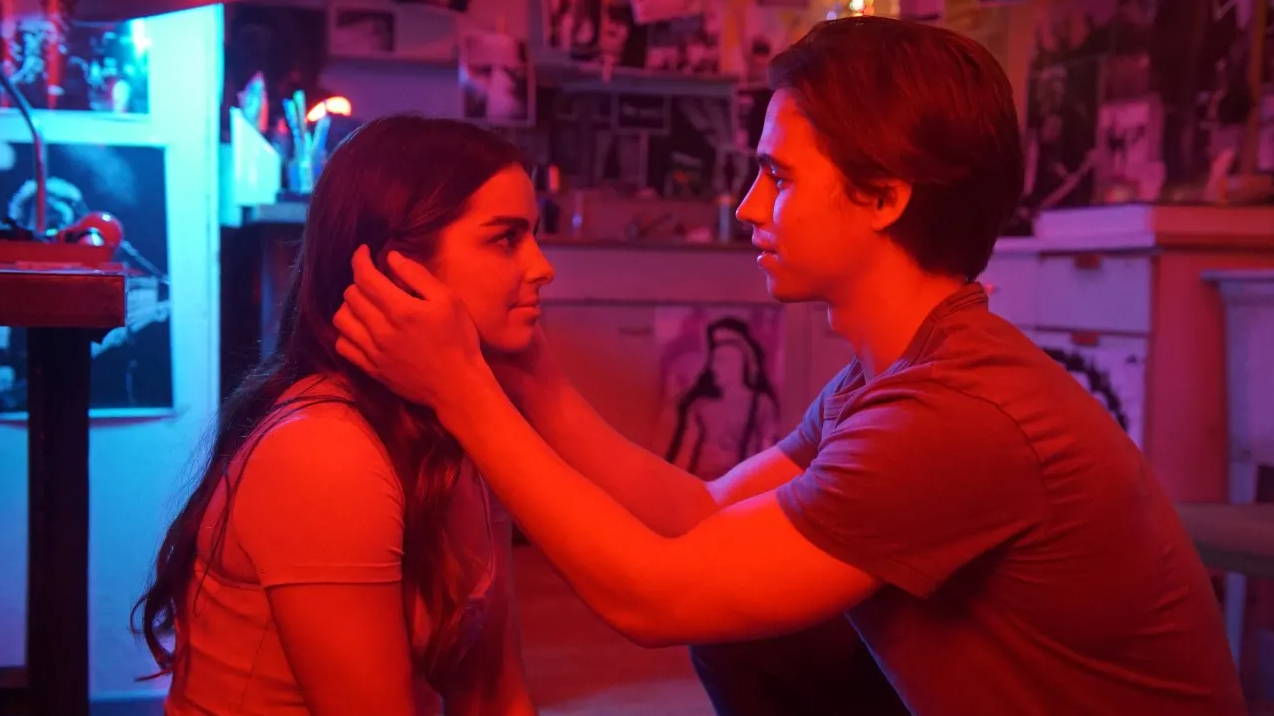 This is the much-awaited remake of the classic 90s romantic comedy She’s All That. Directed by Mark Waters, the new movie has the two leading roles reversed, with Tanner Buchanan (Cobra Kai) undergoing a drastic, high school makeover by a female classmate, portrayed by TikTok personality Addison Rae.

Written by R. Lee Fleming Jr, the movie employs a gender swap of the original film, with the girl Padgett being a popular high-school influencer who aims to make a nerdy, unattractive guy the next Prom King. As a side note, the lead actress from the original film, Rachael Leigh Cook, will be appearing in the remake. But she’ll be portraying someone completely different – Padgett’s “wise and caring mother.”

Having premiered in the Sundance Film Festival earlier this year (as part of the World Documentary competition), this film, directed by Sam Hobkinson, promises to be equal parts informative and intriguing. It explores the life story detailed in the memoir of Misha Defonseca, a Belgian woman who escaped the Holocaust and fled into the woods, where she supposedly lived among the wolves. Publisher Jane Daniel stars in this documentary, as she enlists genealogists and historians to help uncover the truths behind Misha’s past.

For anime lovers, this is a must-watch this summer. It’s an adaptation of the acclaimed Hiroyuki Takei manga, and it stars middle school student Manta Oyamada, who is revealed not to be quite as normal as most think – given his ability to see spirits. At some point, Oyamada gets tasked with helping You Asakura, a shaman-in-training who aims to become the next Shaman King. With that role, he will be able to contact the king of spirits and reshape the world. Asakura has to train for what is known as the Shaman Fight, a tournament pitting the world’s strongest shamans against each other to determine who becomes king. So there’s some action, adventure, and surely a great story will unfold.

Written by Will Staples, Philip Eisner, and Gregg Hurwitz and directed by Brian Andrew Mendoza, this movie is an action drama that features Aquaman’s Jason Momoa, Isabela Merced, and Marisa Tomei. The story involves a pursuit of justice, as Ray Cooper (Momoa) searches for answers from a pharmaceutical company that enforced the retraction of a life-saving drug, which could have helped prevent his wife’s death. As he gets closer to finding the truth, he realizes he might’ve made some enemies and put his life and the life of daughter Rachel (Merced) at risk. Can he accomplish his mission while protecting the only family he’s got left?

How’s this for an eerie series to binge-watch? “Top Secret UFO Projects: Declassified” aims to inform, educate, and delve deeper into the belief that aliens are existing on our planet at this very moment – and that any knowledge of this has been withheld for years and covered up by the government. Just how convinced of extraterrestrial lifeforms are the makers of this series? Quite so, if we’re judging by the trailer alone. It gives viewers a peek at some of the jaw-dropping footage that supposedly proves aliens are real. Things that the footage makes out include mysterious objects in the skies and unfamiliar, large-eyed figures roaming the desert. If fear of the unknown applies to you, watch at your own risk.

Indeed, we can say August this year is shaping up to be a great month for binging on Netflix. But how will you be streaming your selected shows and movies? Wouldn’t it be cool to have an easy way to watch on a large screen, so you could enjoy Netflix with friends?

Well, here’s some good news. You’ll have no problem with that if you get the Sentrym L1 Mini 3D Projector. Indeed, it’s an extremely lightweight 3D projector designed with 5GHz Wi-Fi and Bluetooth 5.0 compatibility. Watch your favorite content easily by connecting the projector to your laptop, phone, USB, or HDMI device. Thanks to the L1, streaming great shows in 3D doesn’t get simpler.